One question most people ask when you introduce them to bidet is about bidet origin. Such a question is accommodating as humans are curious beings. You get to hear questions like ‘Did the United States of America invested it?’ ‘What is the pronunciation?’ ‘Where did a bidet originate from and what is bidet original purpose?’

To answer your question surrounding the origin of bidet quickly, and just in case you don’t know, the United States of America did not originate or invested the bidet, and its pronunciation can be quite different from what other countries pronounce it, especially that of the British. 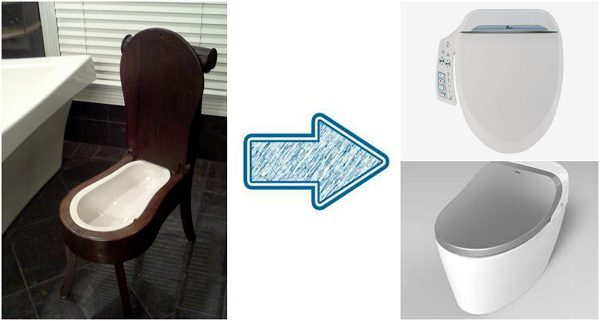 Just before we talk about the bidet origin and how it came to be in its present form, let’s discuss the pronunciation behind it. When you simply call it ‘BEE-DAY’ or stress the intonation, are you doing it correctly?

Bidet Pronunciation: Are You Doing It Right or Wrong?

Just like how almost every word pronunciation becomes an internet war when done with different accents, most people can find it offensive if you are not giving the right pronunciation for bidet, especially when you do it with a certain accent. However, expect you are miss-pronouncing the word, pronouncing the word ‘bidet’ in the US or UK accent does not mean you are doing it wrong. At least, it’s not an offense to have an accent as it makes you stand out.

Click the play icon to listen to the USA pronunciation of bidet.

Click the play icon to listen to the UK pronunciation of the bidet.

The History Behind Bidet: The Bidet Origin

Going back to history, the fancy bidets we have these days is very different appearance in the past. Back then, bidet original use and structure was more like a basin, in which women use to wash themselves after using the restroom or to keep their private parts clean.

Back then, most people bath less than one time per week. So women opt to use ‘a basin with water’ to clean their inner parts since the use of tissue paper or other relative option was not an option then. It irritates the skin thus not in practices.

Besides, using water to wash oneself was the regular norms in those days, it was the quick means of purification. It can be done anywhere, including the river, shower, ocean, and bathtubs. So it’s okay to say that the use of plain water for cleanliness contributed to the origin of bidet.

From there, the evolution of what we now call bidet moved from just a small basin filled with water to a bidet. How did this happen? For proper explanations, we will take it from one decade to the next. 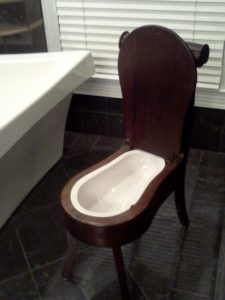 We have come to understand that the bidet was not known as a ‘bidet’ in its initial stage, as previously stated, it was a mere bowl filled with water. Conversely, the word ‘bidet’ become a thing and popular in the 1700s. It was invented by French furniture makers (though the particular investor was not known); they converted the basin to a chair-like-form. This look more like what you can call a chamber pot with fitting legs. This idea was to make it easily accessible for its users.

Looking at the word bidet in French, it means ‘pony’ or ‘small horse’ because of its structure; and if you compare the assembling of those bidets, it looks more like a pony. That was how a conventional basin of water transform to what we now call ‘bidet.’

These French markers continued to design different architectural wooden designs of a bidet with eloquent furniture- cravings and even jeweled accents. With this, the bidet then match the user ceramic chamber pots, which are often at the user’s bedroom.

Sooner after the creation, the bidet became a household property that is being used by both men and women. Though,  the mistress and courtesans in the French court or brothel loves it because it made their job easier for the kind of jobs they do. More reason, many tend to link it to help prevent pregnancy, then which was more of a misconception.

In the late 1700s, one significant thing that occurred in the history of the bidet is the introduction of a hand pump to the bidet; this was a step further in its modification.

Aside from the improvement made in the bidet in the late 1700s, one important, momentous event that brought bidet to the limelight was when the Queen of Naples and Sicily, Maria Carolina of Austria, requested a bidet, to be brought in her personal bathroom in the Royal Palace of Caserta.

This simple request gave the bidet more exposure as loyalty has more influence then. This happened in the late part of the 1880s. However, unfortunately, this exposure did not last or took off massively as the tissue paper was introduced in that 1800s, specifically in 1857 by Joseph Gayetty. Nevertheless, that was not the stopping point or dead-end for the bidet.

Here, the bidet made a comeback after World War II, most specifically in Italy. Though, by this time, there was much more improvement in its edifice; pipes and plumbing work were constructed in it. Thus, it was moved from the bedroom to the bathroom to constitute the structure and redefine the purpose of the room and that of the bathroom too.

Bidet continues to grow in other parts of the country, which includes the Middle East, Western Europe, Asia, and South America. Then the evolution of the hand bidet or bidet spray emerged as well and circulated but specifically become more popular in the Islamic countries. They call it “shattafs” or the “Muslim shower.”

In 1962 specifically, what looks close to the modern bidet seat or its patent was created in Switzerland and Florida. Then followed an original production of it in japan in the year 1963, which had widespread sales and campaigns simultaneously.

Even though the rise of the bidet has hit various places in Western Europe, the Middle East, most of, if not all, Asia countries and in South America; Americans were not aware of what the bidet is all about till in 1980. During 1980, the bidet started to appear in some of Americans household outlets. Yet, not everyone knew what it was or how to make use of it though its growth was gradual.

However, in that same 1980s; another substantial innovation that contributes to the origin of bidet to its present state was the Japanese invention of the well-equipped bidet seat. They imagined and created a bidet toilet seat that offers numerous functions like the jet water cleaners, the dryer, provision of warm or cold water, and many more. This type of bidet can be operated through the operation of simple medium to tiny buttons. These functionalities make the bidet toilet seat more popular these days. 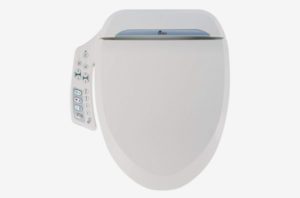 Bidet in the 2000s: Different Origin

From the 1990s to the 2000s and the present day, the bidet continues to circulate counties after countries. The development has made so many people stop or reduce their usage of toilet paper and wet wipes to alternate it for a bidet.

And that’s because everyone wants a cleaner butt!

To the present day, there have been so many companies that are into the production of the bidet. They include the TOTO, Brondell, BioBidet, Kolher, GenieBidet, Tushy, and few others.

Each company is usurping the power of new technology in producing many bidet toilets or their counterparts. They are often with different designs that are not only beneficial to human health but the environment as well. One good example of this innovation in the bidet industry is the introduction of Toto Washlet S300e (electrolytic water) in 2012. It function in such a way that it can self-clean itself, after use or before use.

Bidet in the Future?

With this gradual yet severe growth in bidet origin and its industry; we won’t be surprised if we see other remarkable changes or technology within it in the nearest future. So far, the sole aim of improving human health and sustaining a better environment remains the priority. The adoption in the next decades will be mind-blowing.

Hi! I'm Pamala. Thank you for visiting my website. Through this blog, I bring to notice innovative products for sanitary and hygiene issues such as bidets for toilet seats. I believe that rubbing yourself with dry, abrasive paper is not the way to clean the most sensitive part of your body. Washing with water is the best way to clean, but most of us in America have been conditioned since childhood to think otherwise. Through my years of research on the right kind of bidets, I have been able to educate my visitors about various products in this domain successfully. I hope you find value in my words and get some much-needed advice on your more important purchases, like a new bidet.

This website uses cookies to improve your experience while you navigate through the website. Out of these, the cookies that are categorized as necessary are stored on your browser as they are essential for the working of basic functionalities of the website. We also use third-party cookies that help us analyze and understand how you use this website. These cookies will be stored in your browser only with your consent. You also have the option to opt-out of these cookies. But opting out of some of these cookies may affect your browsing experience.
Necessary Always Enabled
Necessary cookies are absolutely essential for the website to function properly. These cookies ensure basic functionalities and security features of the website, anonymously.
Functional
Functional cookies help to perform certain functionalities like sharing the content of the website on social media platforms, collect feedbacks, and other third-party features.
Performance
Performance cookies are used to understand and analyze the key performance indexes of the website which helps in delivering a better user experience for the visitors.
Analytics
Analytical cookies are used to understand how visitors interact with the website. These cookies help provide information on metrics the number of visitors, bounce rate, traffic source, etc.
Advertisement
Advertisement cookies are used to provide visitors with relevant ads and marketing campaigns. These cookies track visitors across websites and collect information to provide customized ads.
Others
Other uncategorized cookies are those that are being analyzed and have not been classified into a category as yet.
SAVE & ACCEPT
Scroll to Top